Buy Your TI Calculators from mid-July to mid-August

You’ll want to buy your TI 84 or TI 36 now if you’re in the market. This is the time, right before the school year begins, to buy from local retailers. Best Buy, Wal-Mart, and Target have their lowest prices on TI-84 and TI-36 calculators right now. 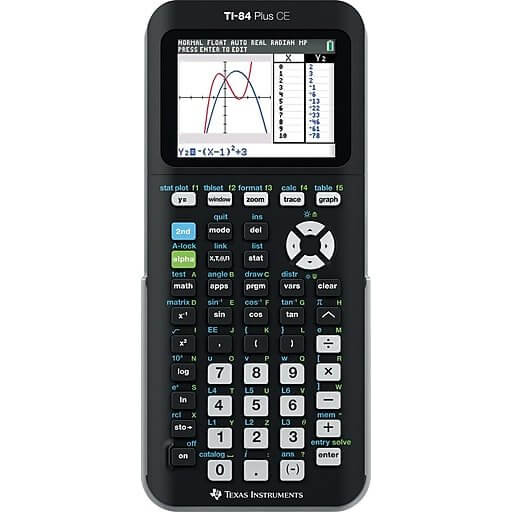 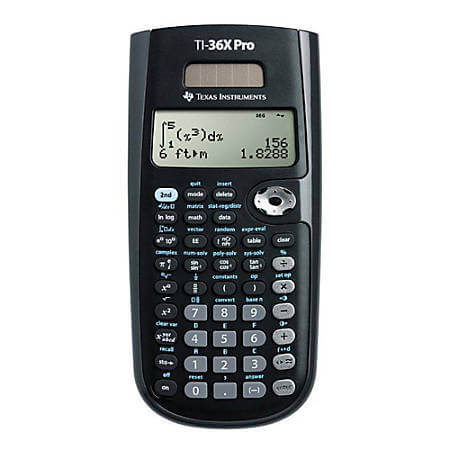 Buy Your TI Calculators Now, But Avoid the TI-83+

Please do not buy the TI-83+ in order to save money. First, the model doesn’t have the apps that are embedded in the TI-84+. Second, the connector is an antiquated cable rather than a mini-usb. This makes data transfer difficult between calculators. While you might find folks with programs from another TI-83+, you might not have the correct connecting cable.

I tend to prefer the TI-84+ CE for a few reasons. First, you can charge it via the mini-usb to usb charger. Also, it is fast with data transfer (mini-usb to mini-usb) and has sufficient memory to retain a lot of programs. Next, it is thinner and lighter than its TI-84+ counterpart. Lastly, it comes with embedded APPS that help with chemistry and algebra 2. Specifically, those are the Periodic Table and Sci Tools.

Surprisingly, the TI 36x Pro, though not explicitly prohibited from use on the ACT, was taken away from a student of mine in the 2017/2018 academic year as an illegal calculator. This might have been a misunderstanding. Or, it could be due to some of the CAS functionality of the TI-36x pro, such as solving polynomial equations (up to the third degree) quickly (faster than the TI-84 without a program; even with a program, the TI-36x Pro can do it with fewer keystrokes), and solving systems of equations with far fewer keystrokes than the TI-84+.

You might be able to bring both the TI-36xPro and your TI-84 to the ACT. This way, you’d still be able to use your TI-84 during the test.

The TI-36X Pro is less than $19 right now at WalMart. I’m not advocating buying it there specifically. It’s just that I prefer to buy anything electronic from a local retailer so that if there’s a defect within the warranty period, I can return it hassle-free. During the school year, you’ll see the same calculator retail for as high as $27 from your local Staples.

So, if you like either of these calculators, buy them by mid-August.

Oh, and you’ll prefer to buy calculators new just so that there are no problems with them. As a math guy, I can guarantee you that I’ve bought at least 2 dozen calculators in the last 20 years. I’ve not had a single problem with a store-bought calculator.

Programs for the TI-84

The TI 84 has the capacity for programs. There are about a dozen you can download from mine for use on the SAT:

QUADFORM: quadratic formula: you input A,B, and C values of a quadratic equation; first two numbers are your answers; other DISC part is discriminant

LINEQ: gives you the linear equation in slope-intercept form, given two points; you input (X1,Y1) and (X2,Y2)

D2P: Distance between 2 points, given their coordinates; again, you input the coordinates of the two points as in LINEQ

RAD: simplifies radical expressions; you would enter rad50 as 50; answer would be 5rad2

PRIMES: provides you with a list of all prime numbers between 1 & 100

ARCLENGT: gives you the length of an arc of a circle; answer will be in x pi units

SECTAREA: gives you the area of a sector of a circle; answer will be in x pi units

MIDPOINT: gives you the midpoint of a circle, given the two endpoints in coordinate form

GEOMEAN: gives you the geometric mean of 2 numbers

HERON: gives you the area of a triangle given the side lengths; this is not limited to right triangles: this could be any possible triangle

LAWCOS: solves a triangle using law of cosines given two sides and the included angle

LAWCOSSS: solves a triangle using law of cosines given all side lengths (SSS); it will output the sides of the triangle in increasing side lengths

PYTRIPLE: gives you common Pythagorean triple side lengths of right triangles; saves a lot of time using this program than using Pythagorean theorem

VERTFORM: You enter a quadratic function in the form of Y=Ax^2+Bx+C, inputting the values of A, B, and C. The program will then give you the vertex form of a parabola: Y= A(x-h)^2+k. The (h,k) is the coordinate of the vertex.

If you’d like to download these programs onto your TI-84+ (regular or CE), set up a session: